Check Out Our Neighborhood Spotlight on Patch!

Get to know the New Yorker behind the popular blog “Soho Strut.” 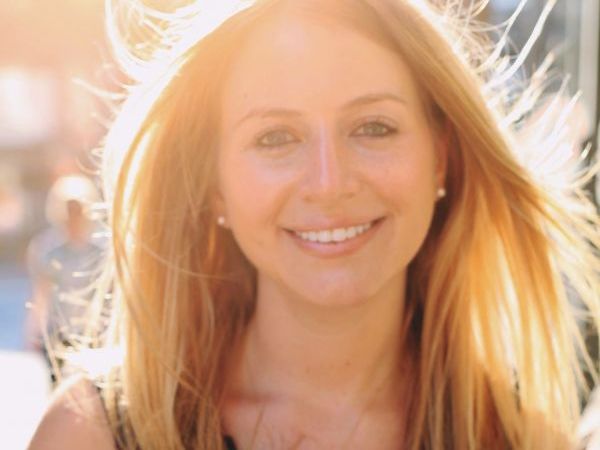 SOHO, NY — You may have heard of the neighborhood lifestyle blog Soho Strut, but do you know the face behind the name? Meet Soho resident and “neighborhood ambassador” Danielle Nazinitsky, the epitome of a power businesswoman and Soho aficionado.

Nazinitsky, who currently works at Corcoran Real Estate as a Soho real estate expert, told Patch that when she first moved to Sullivan Street in Soho in September 2010, the neighborhood felt disjointed and unwelcoming.

Nazinitsky wanted to change this distance, so she launched Soho Strut—a centralized online community for Soho and Nolita business owners, retail managers and residents in May 2013.

As the blog grew in popularity, the gregarious Nazinitsky started holding networking events at local bars to give young professionals who live in Soho a chance to socialize with one another and get to know the neighborhood better.

At one event, a retail manager approached Nazinitsky and told her of the difficulties of becoming a well known business in Soho and meeting other retail managers. The manager asked Nazinitsky if she could hold networking events for managers in the neighborhood, like she did with young professionals.

Now, Nazinitsky holds retail network breakfasts almost every month at different stores in Soho. Around 35 managers from Soho retail flagships typically attend each breakfast. The retailers range from large and international to small and independent.

“The goal is for Soho retail managers to get to know each other, network and figure out ways to collaborate and strengthen their businesses,” Nazinitsky told Patch.

Nazinitsky’s first-ever retail breakfast was held at Fjällräven at 38 Greene St. David Zar of Zar Property owns the building and provided the space for the event.

“She has a natural talent when it comes to networking and creating synergy for owners, managers and retailers in Soho,” Zar told Patch. “Her blog is a tremendous resource for keeping up with the latest neighborhood scoop.”

The retailers at her networking breakfasts are looking for new ways to engage shoppers and the overall community of Soho. Previous Soho Strut retail network breakfast topics include The Future of Retail held at Fjällräven, Pre-Holiday Strategy at Bare Minerals Shade Shop and Digital Technology at TOMS.

Nazinitsky told Patch she believes Soho store traffic has gone down in the past few years and that different retailers are struggling to capture clients.

“There used to be three shopping districts in NYC (5th Ave, Columbus Circle and Soho) and now there are more (Financial District/West Village/etc.) and that is eating into their business,” Nazinitsky said. “I think more and more people are coming to Soho to experience the architecture and history and aren’t coming there to shop.”

“I do think there are several brands that are doing very well – its mostly brands that don’t have a presence in NYC and have selected Soho as a launchpad. Frye seems to do amazing, same with Canada Goose. People come to Soho to get something they can’t get other places,” Nazinitsky told Patch.

Marina Fernandez, the manager of the Moleskine flagship on West Broadway, told Patch that Moleskine was suffering from a decrease of traffic for the past few years.

“Danielle has done such an incredible job by bringing the Soho businesses and local residents together and building a real sense of community,” Fernandez said. “Danielle is hard working and passionate, and her efforts are definitely impacting the area. In the specific case of my store, her support has allowed for our sales to grow versus previous years, thanks to the awareness of the store among the Soho locals.”

Nazinitsky also launched the Soho/Nolita Neighborhood Guide, which she printed 25,000 copies of and gave to 21 Soho hotels, who are now handing them out to their guests. She organizes shopping events, parties, art fundraiser known as “Art Strut” and is now working on a project called “Clean Up Soho” to clean up the neighborhood after ACE stopped sweeping the sidewalks.

“You hear a lot of people speak of generosity and we automatically think of money or physical gifts, but Danielle is generous with her time and ideas which is worth so much more,” Jonathan Rosa, the General Manager at Erno Laszlo in Soho, told Patch. “More recently we were able to sit down and chat about how I can help my business become a bigger part of the community and I couldn’t believe the wealth of information that I left our meeting with. She truly is a generous ambassador and liaison for the SoHo retail community.”

If you work or reside in Soho and want to learn more about the community, contact Danielle at Danielle@sohostrut.com.

Do you know someone who should be spotlighted on Patch? Reach out: Cameron.Luttrell@Patch.co