Thanks YIMBY! Check Out The New Building Coming To 134 Wooster! 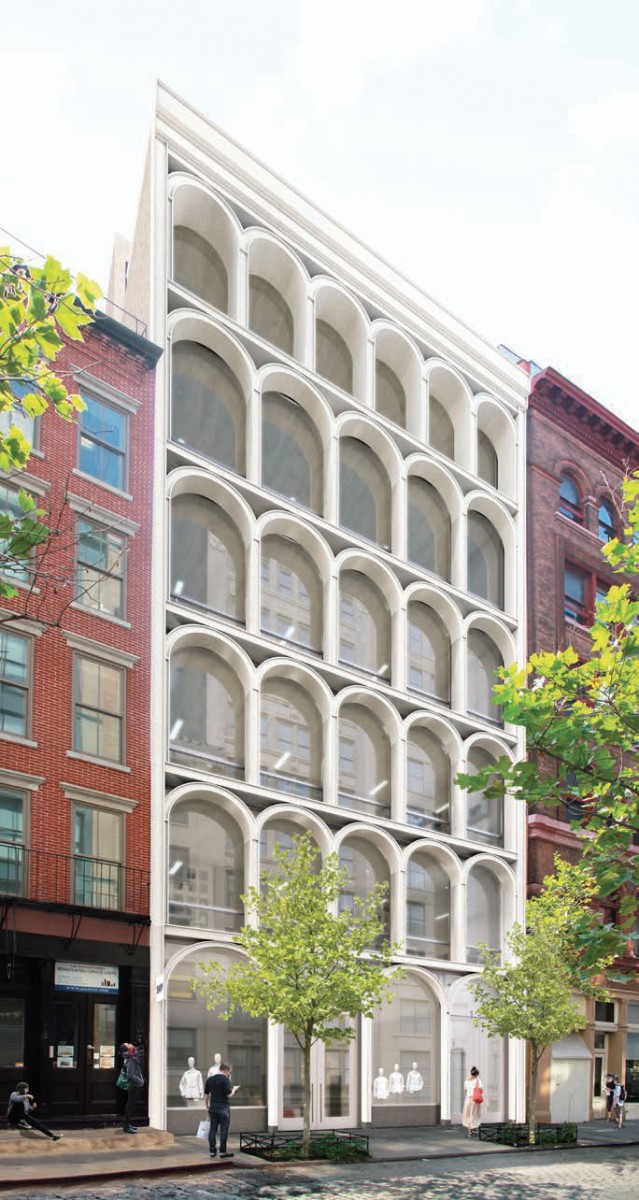 It was back in December that YIMBY told you of Premier Equities’ plans for a new commercial building at 134 Wooster Street, located between Houston and Price streets in the SoHo-Cast Iron Historic District. Those plans went before the Landmarks Preservation Commission on Tuesday and were approved with very little fuss. 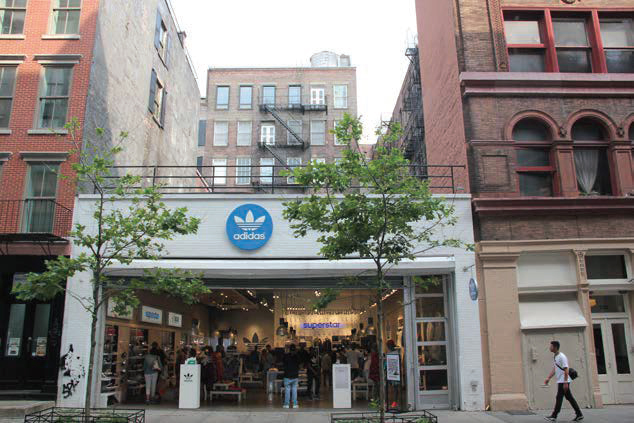 The current occupant of the site is a one-story former garage, built between 1946 and 1947 and eventually converted into a retail storefront. It will be demolished to construct the new building. The site was once occupied by a three-story building and Meisha Hunter, senior preservationist for Li • Saltzman Architects, speculated that it was reduced to a single story for tax reasons.

As for that new building, it was presented by project architect Morris Adjmi of Morris Adjmi Architects. It calls for a six-story building with a setback seventh floor penthouse. The first floor will be a retail storefront and the remaining floors will be office space. It features a series of arches, columns, and bays constructed in steel and glass.

Commissioner Adi Shamir-Baron called it a “beautiful interpretation of the elements of the historic district.” Commissioner Diana Chapin liked it, but was a little troubled by how light it is. Commissioner Michael Devonshire called the design an “amazingly refreshing take” with enough reference to reflect the district. “[I] can’t imagine how this could be better,” he added.

“Beautiful design,” said LPC Chair Meenakshi Srinivasan. “Stunning.” She also called it a “beautiful contrast to the streetscape itself.”

Community Board 2 had no opposition to the demolition of the existing building, but wanted changes to the base and proportionality. Adjmi said changes were made after the community board presentation, including the reduction of the now formerly double-height first floor and the addition of more solid material to the base.

HDC feels that the design of this new building channels Modern architecture, like that of Lincoln Center, more than the cast-iron vocabulary of SoHo,” testified the Historic Districts Council’s Barbara Zay. “Our committee was concerned about the proposal, as the drawings show few details for what the façade would actually look like, but take issue with the proposed color scheme, which is in stark contrast to the neighboring buildings. HDC also questions the proposed height of the penthouse at 15 feet 8 inches, which seems extremely tall for a secondary portion of the building.”

In the end, the commissioners voted to approve the project, but mandated that the applicant work with staff to lower the height of the penthouse floor.